Come and celebrate the launch of the four winning pamphlets of the Poetry
Business New Poets’ Prize 2019. The prize publishes work by poets aged 17–24 and this year’s poets are most certainly voices that you’ll be hearing more of in years to come. Jay G Ying’s Katabasis is a journey into the underworld through a brilliant interweaving of myth, translation and contemporary concerns. Abbie Neale’s Threadbare is dark but emotionally transformative, told through toxic male figures and epiphanies of empathy. Callan Waldron-Hall’s Learning to be Very Soft speaks of vulnerable bodies, absences and water, and Ben Ray’s The Kindness of the Eel echoes with stories and memories and sings with voices from the past. 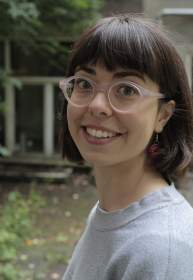 Abbie Neale is a writer, actor and painter, with a BA in English Literature and Creative Writing from Warwick University. Her poetry has appeared in The North, Abridged, Crannóg, Bath Magg, Re-Side, Cobalt, Playground Poems, Strix Magazine and Whirlagust, an anthology by Yaffle Press. In 2019 she won the international prize in the York Mix Poetry Competition. Her pamphlet Threadbare was published under the New Poets List, an imprint of The Poetry Business, in June 2020. 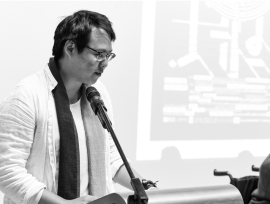 Jay G Ying is a Chinese-Scottish poet, fiction writer, critic and translator based in Edinburgh. He is a winner of a 2019 New Poets Prize. His debut pamphlet Wedding Beasts (2019) was shortlisted for the Saltire-Calum MacDonald Award. His second pamphlet Katabasis will be published in 2020. He is a contributing editor at The White Review. 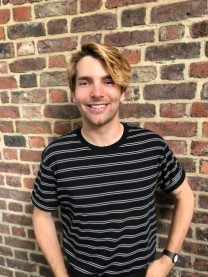 Callan Waldron-Hall grew up in Leicestershire and now lives in Liverpool where he works for an arts
organisation. His poetry has appeared in Magma, Orris Root and In the Red. His project ‘more concerned with feeling than sense’ exploring ASMR was featured in Post-it: Liverpool Independents Biennial anthology 2018.
He edits Independent Variable, an online space
championing science and poetry. 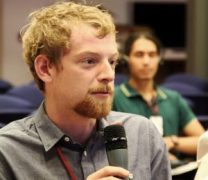 Ben Ray has released two full collections (Indigo Dreams Publishing 2019 & 2016) and has work published in various anthologies and literary journals. He has been longlisted in various awards such as the 2019 National Poetry Competition and has performed at literary festivals and events across the UK. He recently presented his paper ‘Poetry & Climate Change’ at the 2019 World Youth Forum and has performed a run of one-man poetry shows at the Edinburgh Festival Fringe.