In partnership with the Poetry Translation Centre, Sheaf presents a discussion of translation and witnessing alongside readings from Palestinian poet Najwan
Darwish, his translators Atef Alshaer and Paul Batchelor, and leading Indian poet Arundhathi Subramaniam, who has published four collections of poetry with Bloodaxe Books.  Arundhathi has worked with translation as editor of Poetry
International Web and in editing the Penguin anthology Eating God.  The event will be hosted by poet and translator David Shook.  Readings will be followed by discussion and a Q&A. 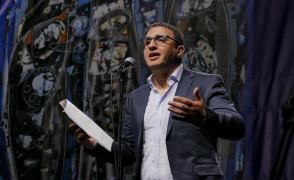 Najwan Darwish is a Palestinian poet born in Jerusalem in 1978.  He published his first book of poetry in 2000.  His poetry has been translated into over twenty languages and in 2009 he was named one of the thirty-nine best Arab writers under the age of forty by the Hay Festival Beirut 39 project.  His book Nothing More To Lose was listed as one of NPR’s best books of 2014.  Both as a poet and as a cultural critic he has had an enormous impact on Arabic literature, described by the New York Review of Books as “one of the foremost Arabic-language poets of his generation”. 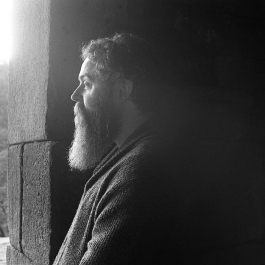 Paul Batchelor was born in Northumberland.  His pamphlet, To Photograph a Snow Crystal, was published by Smith|Doorstop in 2006, and his first full-length collection of poems, The Sinking Road, was published by Bloodaxe in 2008.  His work has appeared in several anthologies and he has won the Times Stephen Spender Prize for Translation and the Edwin Morgan International Poetry Prize.  At Newcastle University, Paul wrote a PhD on the poetry of Barry MacSweeney.  He is a freelance writer and teacher, and regularly reviews for the Guardian, The Times and the Times Literary Supplement. 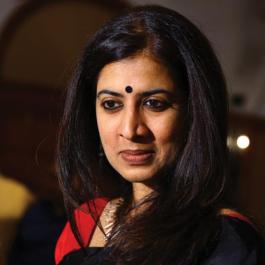 Arundhathi Subramaniam is an award-winning poet and writer on spirituality and culture.  Winner of the inaugural Khushwant Singh Memorial Prize for Poetry in 2015, the Raza Award for Poetry and the International Piero Bigongiari Prize, she mostly lives in Bombay (a city she is perennially on the verge of leaving).  She has published two books of poetry in Britain with Bloodaxe, Where I Live: New & Selected Poems (2009), which combines selections from her first two Indian collections, On Cleaning Bookshelves and Where I Live, with new work, and When God Is a Traveller (2014), a Poetry Book Society Choice which was shortlisted for the T.S. Eliot Prize, won the inaugural Khushwant Singh Prize at the Jaipur Literary Festival, and was awarded the International Piero Bigongiari Prize in Italy.  Her latest  collection, Love Without a Story, is due from Bloodaxe in 2020.  She has also written The Book of Buddha (Penguin, 2005) and Sadhguru: More Than a Life (Penguin, 2010), co-edited Confronting Love (Penguin, 2005), an anthology of Indian love poems in English, and edited Pilgrim’s India: An Anthology (Penguin, 2011) and Eating God: A Book of Bhakti Poetry (2014).  In 2006 she appeared at London’s Poetry International festival and gave readings throughout Britain on a tour organised by the Poetry Society.  She also took part in the T.S. Eliot Prize reading at London’s Southbank Centre in January 2015. 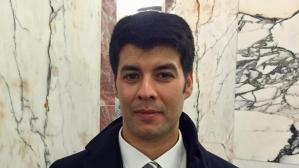 Atef Alshaer is a Senior lecturer in Arabic Studies at the University of Westminster.  He was educated at Birzeit University in Palestine and the School of Oriental and African Studies, University of London, where he obtained his PhD and taught for a number of years.  He is the author of several publications in the fields of language, literature and politics, including Poetry and Politics in the Modern Arab World, 2016; The Hizbullah Phenomenon: Politics and Communication (with Dina Matar and Lina Khatib), 2014; A Map of Absence: An Anthology of Palestinian Writing on the Nakba, 2019; Love and Poetry in the Middle East (editor) and Language and National Identity in Palestine: Representations of Power and Resistance in Gaza, both forthcoming.  Alshaer regularly contributes to academic and media outlets, including the BBC, Independent, I-Newspaper, Electronic Intifada, Radio Monocle, al-Arabi al-Jadid and Aljazeera.  He also writes and translates poetry.  He has been an active translator for the Poetry Translation Centre since 2008. 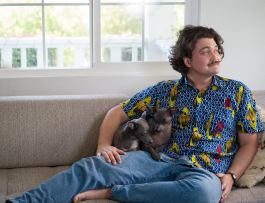 David Shook is a poet and translator whose work has focused on increasing the visibility of writers and communities yet to be represented in English. Their most recent translations are Jorge Eduardo Eielson’s Room in Rome and Pablo d’Ors’ The Friend of the Desert. Shook currently lives in Slemani, Iraq.